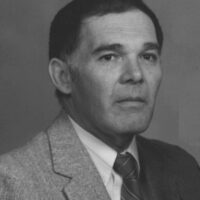 Randolph Brian Peters passed away on Friday, May 20, 2022 at his home. Randy was born in Milford, Massachusetts, the son of Belford Euriah and Dolores Sylvia Peters. His father volunteered into service during World War II, so his mother moved the family to Roanoke to live near relatives. Randy grew up there, attending Andrew Lewis High School in Salem. He graduated from Virginia Tech with a degree in Industrial Engineering. Through his college years he served in the Naval Reserves.

Immediately after graduation, Randy began work in a supervisory position at Radford Arsenal. From there, he worked as a supervisor at Olin Corporation in Saltville, Virginia Mirror in Martinsville, and at DuPont until retirement.

Randy was an avid outdoorsman with a love for hunting and fishing in his younger years. He had an extensive knowledge for plant identification and delighted in knowing the names of those found on his property. As his children grew, he became involved in their activities, helping with little league baseball and basketball, high school band and PTA activities. In his personal life, he enjoyed Porsches and online gaming. He became a leader for Boy Scout troop # 168, a high adventure troop. Through their activities, he hiked and canoed several hundred miles as well as making trips to Philmont. For years, he was a member of the local Eagle Scout Review Board.

He was preceded in death by his parents, his sister, Virginia Lee Peters, and son, Conrad Lewis Peters. His surviving family are his wife Mabel Caldwell Peters, daughter Diane (Matthew) Busch, grandchildren Celeste and Anton Busch and a number of cousins.

Wright Funeral Service & Crematory is serving the family. Online condolences may be made at www.wrightfuneralservices.net