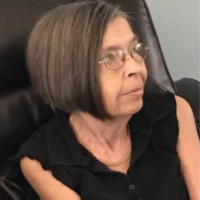 Dianne Lynne Patterson, 67 of Roanoke Virginia, left this earth for a heavenly home on August 3, 2022. At the age of 14 she joined the America Red Cross as a Candy Striper. She volunteered all through high school organizing blood drives, donations and other projects. After high school she joined Disaster Services with the Red Cross, where she served in Florida after multiple hurricanes, in California after earth quakes, in Guam after the 1993 tsunami, in New York City after 9-11, and many other national disasters. She worked at the Red Cross Headquarters in Washington D.C. and there she helped develop the Standard Operating Procedures for National Disasters. While working in Washington D.C. she and her sister were asked to carry flags for the Memorial Day Laying of the Wreaths on the Unknown Soldier presided by President George W. Bush. She was a people person and worked in customer service her entire life. She was preceded in life by her father The Reverend Marvon C. Patterson.

A celebration of life will be held at 3:15 PM on Sunday, August 7, 2022 at Green Ridge Baptist Church. The family will receive friends 30 minutes prior to the service.