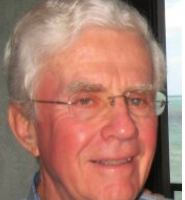 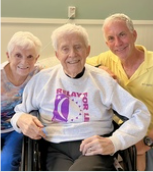 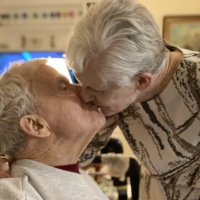 Ballard Forest Pinkard, Jr., 88, of Salem, Virginia, passed away peacefully on Wednesday, August 3, 2022. Born in McComas, West Virginia on March 25, 1934, to the late Ballard Forest, Sr., and Fay Jennelle Pinkard, he is also preceded in death by his sister, Janice Pinkard Hitt.

Ballard was a proud graduate of the University of Virginia, Class of 1958, after having served his country in the United States Army. He married the former Nancy Burress and together they returned to Salem to live and raise their family. Their family faithfully attended St. Paul’s Episcopal Church. Ballard had a strong work ethic and developed a successful career in banking and finance. Ballard and Nancy retired to the Brandon Oaks community where they enjoyed their friends and neighbors, as well as an occasional game of golf.

Funeral services will be conducted on Saturday, August 6, 2022, at 11:00 a.m. at St. Paul’s Episcopal Church with an inurnment immediately to follow in the church columbarium. The Rev. Dr. Robert T. Copenhaver will officiate.

The family would like to express their sincerest gratitude to the staff of Brandon Oaks and that of the John P. Fishwick Memory Care Center, for the kindness and compassionate care they received.

In lieu of flowers, memorial donations may be made to Habitat for Humanity, https://www.habitat-roanoke.org/give/donate/, St. Paul’s Episcopal Church, 42, E. Main St., Salem, VA 24153, or a charity of your choice.