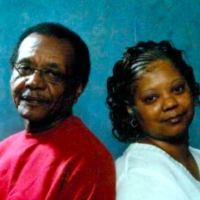 Earl was born in Troutville December 1, 1935 and was the son of the late Joseph and Alice Lane Sullivan. For 43 years, Earl owned Sullivan and Lane Carryout at the corner of 14th and Euclid Street, NW in Washington, DC. After he moved back to Botetourt, Earl worked as a custodian for ten years at Burlington Elementary School and worked with his brother James’ business, United Janitorial Service.

He was a faithful member of Spirit of Unity Baptist Church in Cloverdale. Earl enjoyed working, family time, his grandchildren, dancing, bowling and his ’99 Lincoln.

Online condolences may be made to Earl’s family at www.rader-funeralhome.com/tributes/Matthew-Sullivan.