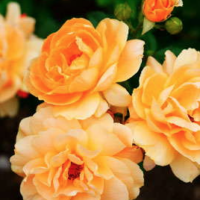 A graveside service will be held at 11AM on Thursday, February 25, 2021 at Altavista Memorial Park. There is no visitation.