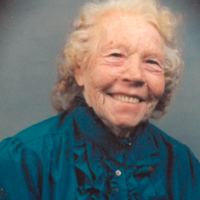 Georgie was born in Buchanan and lived in the Botetourt area most of her life. She was the daughter of the late Gilbert G. and Thalia C. Taylor Markham.

Georgie was a homemaker and enjoyed her birds, dogs, and flower gardens.

In addition to her parents, she was preceded in death by her sons Thomas Corso and Joseph Corso; and is survived by her son, Jesus Barton Nieves of Buchanan; daughter, Georgia P. Smith of Chicago; four grandchildren; brothers: Joe Markham and Tom Markham; sister and brother-in-law Judy and Aubryn Muncey of Fincastle; and several nieces and nephews.

A graveside service at Godwin Cemetery in Fincastle will be announced later. Online condolences may be made to the family at www.rader-funeralhome.com.

Rader Funeral Home is honored to serve the Hender family.