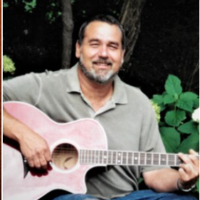 Oather S. "Johnny" Sheppard, 61, of Salem, passed away on Tuesday, April 6, 2021, at Lewis-Gale Medical Center, in Salem.
He was born on January 13, 1960, in Richmond, Va., son of the late Oather S. and Laura L. Showalter Sheppard.
Prior to retirement, Johnny was a faithful automotive technician, with 30 years of service, with the Virginia Department of Transportation. When not at work, you may have found him, along with his family by his side, riding ATVs in the woods, or possibly even at the beach, when vacating. He had a strong passion for music, but his grandchildren, above anyone and everything, were the light of his existence.

In addition to his parents, Johnny was preceded in death by his sister, Spring Martin.

Flowers will be accepted, or donations may be made in Johnny’s memory to the Multiple Sclerosis Foundation
National Headquarters, 6520 N. Andrews Ave., Fort Lauderdale, FL 33309-2132.