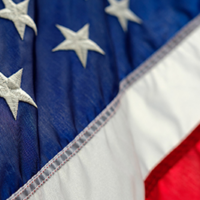 Eugene Guyton Jones, 88, of Martinsville, passed away Tuesday, November 22, 2022, at Kings Grant. He was born June 28, 1934, in Birmingham, Alabama, to the late Ellie Bernard Jones and Katherine Guyton Jones. In addition to his parents, he was preceded in death by his wife, Beverly McLemore Jones; daughter, Julie Beth Gooding; and sister, Katherine Fitzgerald. He proudly served his country as a Captain in the United States Air Force Reserve. He was a member of Wesley Memorial United Methodist Church where he was a Trustee, Choir Member and Sunday School teacher. Mr. Jones attended Auburn University and had a four year degree in Chemical Engineering. He retired from DuPont with 46 years service as a Research Engineer. Mr. Jones is survived by his sons, Jeffrey Jones (Kim) and Jonathan Jones; and grandchildren, Zacharie Jones (Beth), Benjamin Jones, Gabriel Jones, Olivia Dontigney (Michael), and Sophie Jones. Services will be at a later date with Military Honors by the Martinsville and Henry County Veterans Honor Guard. Wright Funeral Service & Crematory is serving the family. Online condolences may be made at www.wrightfuneralservices.net