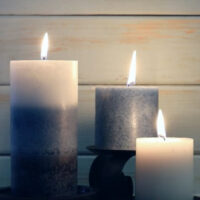 Gregory Alan Moran, 53, of Salem passed away on January 24, 2023 after a long battle with cancer.
Gregory was born in Virginia on November 11, 1969. He loved being a chef and was an Adjunct Professor in Culinary Arts at Virginia Western Community College.

He was a beloved son, brother, grandson, uncle, and friend to many. Those left to cherish his memory are his mother, Sara Jane Moran; two brothers, David Moran and wife Heather and Andrew Moran and wife Jeannine; five nieces and nephews; and friend, Jason Hale.

Gregory was preceded in death by his grandparents, Carl and Grace Moran.

A private graveside service will be held at a later date in Sherwood Memorial Park.

In lieu of flowers memorials may be made to the American Cancer Society.