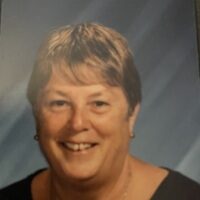 We are saddened to share the news that Gwendolyn A. “Gwen” Dion, age 87 of Wirtz, VA passed away Tuesday, November 22, 2022.
She was born on June 21, 1935 a daughter to the late Harold and Elizabeth Boyce. Gwen was raised in Bridgewater, MA. She then raised her family in Middleboro, MA where she was known and loved by many that she met in her many years working in the Middleboro school system. After retirement, Gwen moved to New Hampshire where she quickly established many new longtime friendships. Most recently she lived her final years in Virginia to be near her young grandchildren, Zakrie, Zayne and Zoie.
Gwen was also preceded in death by her sister, Jacquelyn Fernandes. She is survived by her husband of 33 years, Alfred Dion; children, Jean Magnussen (Roy), Heidi Michaelis (Dony), A.J. Andrews (Melissa), Elizabeth Richard, Louis Dion, Noel Dion (Shellea), Tanya Dion, Jason Dion; 18 grandchildren; and two great-grandchildren who she adored; and treasured niece and nephews, Glenn Tufts, Bobby Fernandes, and Donna Fernandes.
A celebration of life is being planned for a later date. Arrangements by Flora Funeral Service and Cremation Center, Rocky Mount.