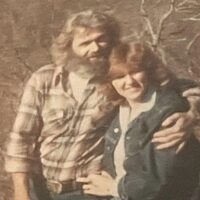 Kathleen Marie Silvis, 73, of Spout Spring, died Monday, January 23, 2023, at her residence.  She was the wife of the late Jim Silvis who was the love of her life.

Born in Kentucky, September 6, 1950, she was a daughter of the late Katherine Marie Beli Peterman.

She was preceded in death by two brothers, Tony Peterman and Timmy Peterman.

A celebration of her life will be held at a later date.