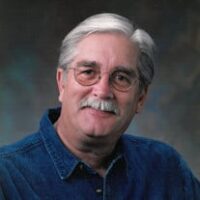 Robert Everett Pratt, Jr. (Pee Wee), 76, of Martinsville, passed away Sunday, November 20, 2022, after a brief illness. Pee Wee was born October 24, 1946, to Robert E. Pratt, Sr. and Margaret Triplett Pratt of Spencer. He is survived by his wife of 41 years, Ildiko Deak Pratt; son, Robert Anthony Pratt, “Tony”; daughter-in-law, Krista Via Pratt; and four step-grandchildren, Zach, Samantha, Kristen and Nicholas. After graduating from Drewry Mason High School, he enlisted in the United States Army and served in the 64th Armored Battalion Infantry division in West Germany. Most of his working career was spent at the Martinsville Dupont Plant. After retiring from Dupont, he was a delivery driver for Martinsville Family Pharmacy for several years. He was loved by his customers for his kindness, helpfulness and quirky sense of humor. Pee Wee as a young adult was very active playing softball, golf, water skiing and hunting. He developed a love for the outdoors in his formative years while living on the family farm. He enjoyed woodworking as a hobby. His love of building and fixing things was inherited from his father. Pee Wee did not desire a formal funeral, so family and friends are invited to gather at his son’s home at 224 George Taylor Road, Spencer, Virginia (next to the Ruritan Club) on Saturday, December 3, 2022, to share memories or anecdotes to honor his life. Those who wish to share are encouraged to bring or send written stories to the family to include in a memory book celebrating his life. In lieu of flowers, please make a contribution to your charity of choice. Wright Funeral Service & Crematory is serving the family. Online condolences may be made at www.wrightfuneralservices.net