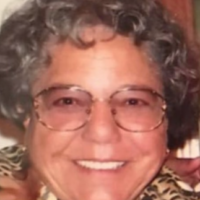 Era A. Penn, 83, of Spencer, VA, departed this life on Monday, February 22, 2021. She was born June 23, 1937 in Patrick County, VA, to the late Edward Reynolds and Lilie Reynolds. Era graduated from Patrick Central High School in Stuart, VA. She married Johnnie B. Penn and became a stay at home mother until her kids were grown. She later became self-employed and started a cleaning service for local banks and doctors’ offices in Stuart, VA. She was a member of New Hope Missionary Baptist Church (Patrick Springs, VA) for many years, where she served as a church mother, Deaconess, part of the culinary ministry and taught Sunday School. She also served for many years in the culinary ministry in the Smith River Baptist Association. She later joined The Galilean House of Worship in 2010, under the leadership of her son, Bishop Michael Penn and served as a church mother.

She was preceded in death by her parents, Edward and Lilie Reynolds; sisters, Dora
Tatum and Margaret Penn; brothers, Randolph Reynolds, Douglas Reynolds,
Richard Reynolds and Tommy Reynolds.
Era leaves to cherish her memory, her husband of 63 years, Johnnie B. Penn, of the
home; sons, Wayne Penn, of Charlottesville, VA; Bishop Michael Penn (Angela), of
Martinsville, VA; and Greg Penn, of Danville, VA; Brother, Moses Reynolds; a host of grandchildren, great-grandchildren, nieces and nephews; and her Goddaughters,
Candice Redd, Tarongular Redd and Angel Marie Campbell, whom she loved dearly.

Wright Funeral Service & Crematory is serving the family. On Line condolences may be made at www.wrightfuneralservices.net

To send flowers or a memorial gift to the family of Era A. Penn please visit our Sympathy Store.