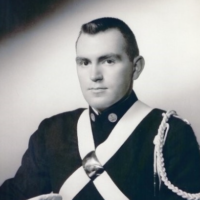 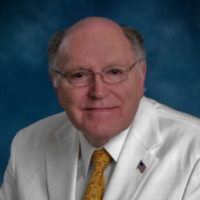 Sonny Speed (Harold Harrington Speed, Jr.), of Christiansburg, entered into eternal rest on November 22, 2022, after a brave fight against cancer. Sonny was born in 1937 in Bluefield, Va., beloved son of Harold Harrington, Sr. and Virginia Hazel (Gillespie). He is survived by his wife of 55 years, Eleanor Sue (Simpkins); his children: Hal (Val) of Austin, Texas; Pam (Brian) of Roanoke; Reine Lea (Michael) of Kensington, Md.; and his precious grandchildren: Alex, Andrew, and Patrick. Sonny was well-known and loved by many in our community and will be remembered for his gentle presence and unremitting kindness.

After graduating from Radford High School, Sonny attended VPI (Virginia Tech) as a proud member of the Corps of Cadets and the Highty-Tighties, majoring in Mechanical Engineering. In 1961, Sonny was drafted into the Army – achieving the rank of Specialist – while serving as an Artillery Surveyor with 27th Field Artillery Regiment, 3rd Armored Division in Friedberg, Germany. Subsequently, Sonny entered the Army Reserves, worked at Poly Scientific, and earned an Associate degree in Drafting and Design from New River Community College. He married in 1967, became a father, and began his 31-year career as a letter carrier for the US Postal Service in Christiansburg.

Sonny adored his children. When they were young, he transformed into their favorite playmate upon returning home from work. As they grew older, he was readily observed taking pictures and filming their various extracurricular activities: band and chorus concerts, halftime shows, Boy Scouts outings, track meets, even gym class and prom! Sonny was a faithful alarm clock for his children, announcing “First call to Growley” on school days, and rubbing butter on their noses as an extra-special birthday wake-up. Dessert was Sonny’s favorite food group! As such, Hershey bars were a staple in the Speed household.

“Speedbuggy,” as he was familiarly known, enjoyed an immense variety of interests and hobbies. Acquiring collectibles – especially comic books and vintage toys – was one of Sonny’s primary endeavors. His love of trains was unparalleled, as he chased the 611 throughout southwest Virginia and accumulated an extraordinary collection of Lionel trains. Sonny also dabbled in amateur photography and videography. As a result, he was regarded as a local historian and was frequently consulted to contribute his knowledge and memories of life in the New River Valley. Sonny was a fixture at the annual Virginia Tech homecoming parade, after which he would trek to the Drillfield for the Corps of Cadets’ Pass in Review.

A graveside service open to the public will be held on Saturday, November 26, 11:00 AM, at Hickman Cemetery in Radford. All are welcome to stay for a visitation following the service.

The Speed family would like to express the utmost of gratitude to the following: Dr. Heather Brooks and the caring staff at Blue Ridge Cancer Care, and Carilion Clinic NRV Hospice for their unwavering compassion during Sonny’s final days.

The Speed family is in the care of Mullins Funeral Home & Crematory in Radford. www.mullinsfuneralhome.com