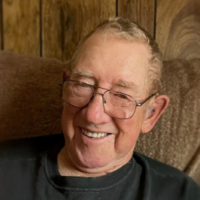 William Roy Sharp, age 80, of 434 Blackerry Lane, Gap Mills, West Virginia died Monday, January 23, 2023 at his residence.
Roy was born on October 28, 1942 in Marlinton, West Virginia to the late Dorsey and Clara Shearer Sharp. He served in the United States Army and was a retired Boiler Operator for Westvaco. He was also a farmer and loved bear hunting.
In addition to his parents, Roy was preceded in death by a son, Ernest James Sharp; a son-in-law, Gary Whitehead; three brothers, Harold Sharp, Joe Sharp, and Jerry Sharp; and a sister, Janet Gurd.
He is survived by his wife, Anita Sharp of Gap Mills, WV; a daughter, Jacqueline S. Whitehead of Salem; two very special friends, Ellis J. Bates and his son, Levi Michael Bates, who supported, loved, and cared for Roy and Anita as if they were family; three sisters, Susan Terrell of Covington, Delores Rose of Ohio, and Carolyn Waugh of Covington; a sister-in-law, Nellie Sharp of Ozark, AL; a granddaughter, Courtney Whitehead Dillman and husband Bradford of Salem; a great granddaughter, Evelyn Louise Dillman; a number of nieces and nephews; and his faithful companion, “Butch”.
In keeping with his wishes, his body has been cremated. A memorial service will be held on Saturday, January 28, 2023 at 2:00 PM in the chapel of Nicely Funeral Home, Clifton Forge with Reverend Bill Hartsfield officiating. The family will receive friends on Saturday afternoon from 1:00 PM until the time of service at Nicely Funeral Home.
The family suggests memorial tributes take the form of contributions to Temple Baptist Church, 610 E. Madison St., Covington, VA 24426, or to the humane society of your choice in Roy’s name.